ADG project:
In 2012, several cruise companies decided to provide their ships with an "ADG" deckhouse; "Auxilary Diesel Generator" or an additional emergency generator that has to supply electricity to the hotel company, ie the kitchen and cabins during any failure. For a number of ships, the ADG must replace the existing emergency generator upon failure but other ships also actively feed the water-fired system (fire extinguisher).
Initially, temporary containers were placed on board with an emergency generator, but the intention was to install a final deck that would fit the ship's style. The Costa Fortuna has a custom made generator deckhouse. An ADG has a diesel engine with generator, its own fuel tank for 36 hours of operation, switchboard, etc., and must be self-sufficient.

For this project, we first recorded the existing situation on board, mapped, assessed and evaluated the existing construction. This was necessary to make sure that the existing structure would be strong enough to support the weight of an ADG.
On the basis of the results, we made a design that was finally built on board as a compact as accessible as possible.

Costa has chosen for the Costa Fortuna an ADG with Cummins QSK60 engine with Stamford generator. Power: 1.6 MW.

This ADG was built in aluminum, lightweight construction because of the stability of the ship. 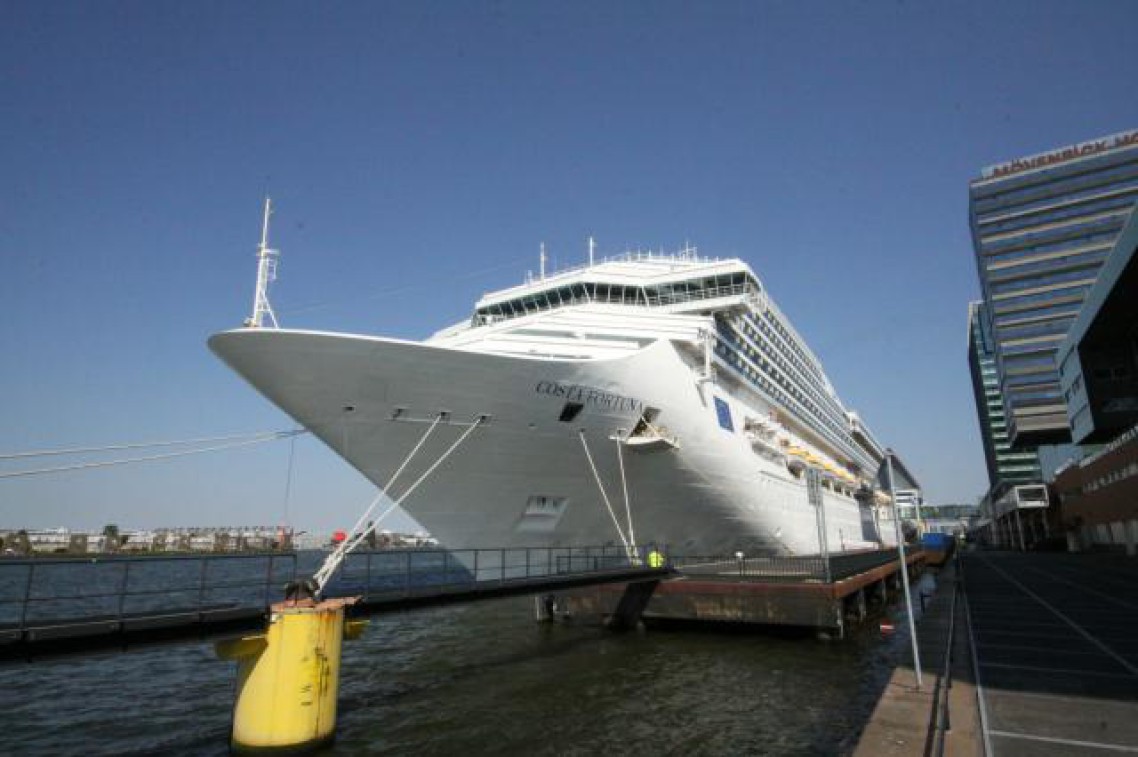