ADG project: In 2012, several cruise line companies decided to provide their ships with an "ADG" deckhouse; "Auxiliary Diesel Generator" or an additional diesel generator that has to supply electricity to the hotel company, such as the kitchen and cabins during the failure. For a number of ships, the ADG must replace the existing emergency generator upon failure but with other ships it is an additional power source that supplies the water-fired system (fire extinguisher). Initially, temporary containers were placed on board with an emergency generator, but the intention was to install a final generator deckhouse that would fit the ship's style. Each ship has a custom made generator deckhouse. An ADG has a diesel engine with generator, its own fuel tank for this case 6 hours, switchboard etc. and must be self-sufficient. For this project we first recorded the existing situation on board, mapped and assessed. The existing construction of the chosen location had to be calculated to verify that this would be strong enough to carry the weight of a completely new deckhouse. On the basis of the results, we made a design that was eventually assembled to be as compact as possible but accessible. After transport to the dry dock (Bahamas) we accompanied the installation on board. This guidance means ensuring that the ADG is installed in the right place, in line with the underlying ship construction, fuel connection and fire extinguishing system, advising in welding. We also monitored the reinforcements of the existing construction that had to be carried out to carry the weight of the ADG. Carnival has chosen for the Carnival Fascination an ADG with "MTU" engine with "Leroy Somer" generator. Power: 2.1 MW. To give the customer (Carnival Cruise lines) an idea of how the ADG would look like in relation to the ship, we made a 3-dimensional performance in the form of a rendering of the ADG by ship. We built this ADG in aluminum, lightweight construction because of the stability of the ship. 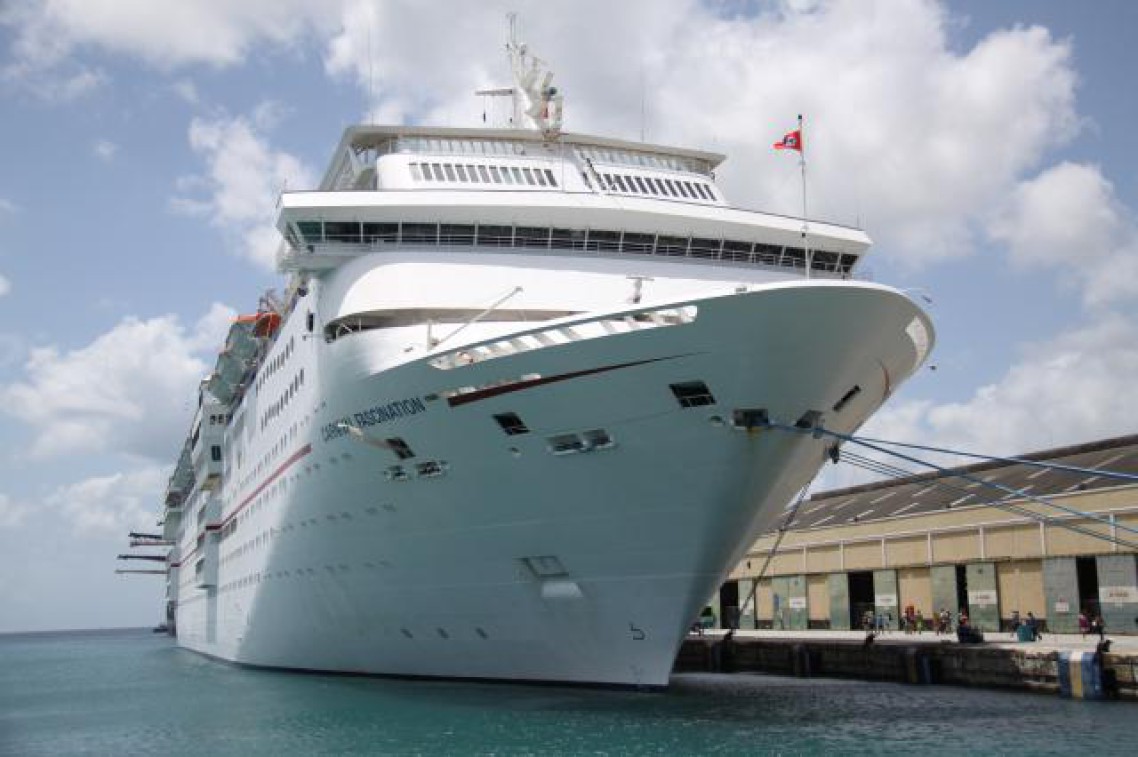